It was first released on 1985-07-13 in Japan. The film is attached to the continuity of the original TV series and chronologically takes place just after the end of the elementary school portion of the series. It lays the foundations of what it would be known as U-13 International Tournament arc.

This match is the original telling of what happened in the flash-back narrated by Kojiro in Captain Tsubasa (1983 TV series). Indeed, all happened after the events of the Kids' Dream arc. There was an International Jr. Youth Tournament, organized between European countries and Katagiri representing the Japanese Soccer Federation.

In the match, Japan Jr. comes up with the surprise that neither super stars Schneider nor Heffner do not initiate the actions, rather they remain in the bank, since they believe that Japan is not a worthy rival for them. Japan is not pleased with this and they promise that they will put those two in, even if they do not want to.

The forward Richard tries to score but Wakashimazu uses the Sankakugeri Defense (jumping from the goal post) and catches the ball. Due to this, Schneider and Heffner finally are forced to enter, seeing the dominance of Japan.

Schneider will have one assist by tricking the rivals and passing for a sure goal for Pierre to Wakashimazu. Later, Schneider himself uses his "Best Shoot" to throw a powerfull ball directly to Wakashimazu, making him and the ball enter together into the goal, scoring 2:1 against U-13 Japan.

Similar to the anime, Wakabayashi enters as goalkeeper for the second half-time in order to ease his teammates. When Schneider entered the area to score, Wakabayashi decided to close his eyes and uses the ball sound to predict the "Feint Shot" from Schneider. Tsubasa was able to make a header after the ball bounced on the goal post, being able to tie 2:2.

Finally, with a double overhead pass from both Misaki and Hyuga, Tsubasa makes a third overhead and is able to defeat Jeffner, making Japan win All-Europe Jr with a 2:3. 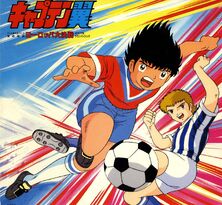 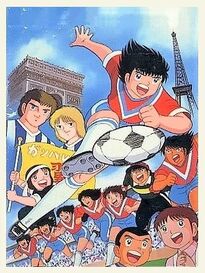 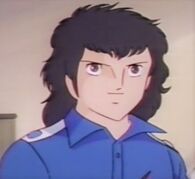 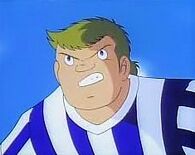 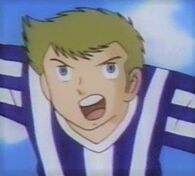 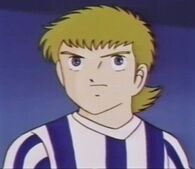 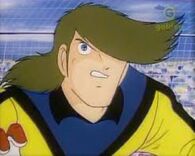 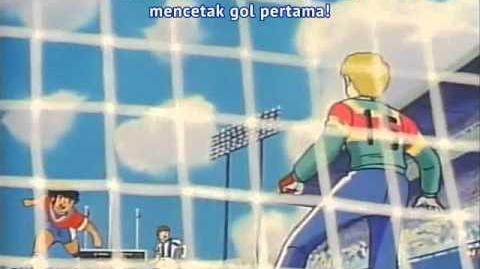 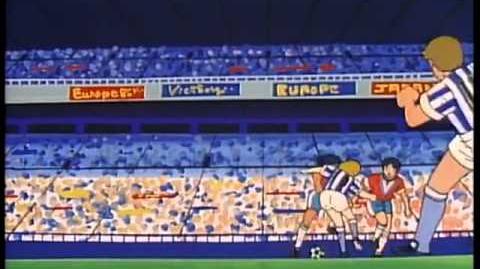 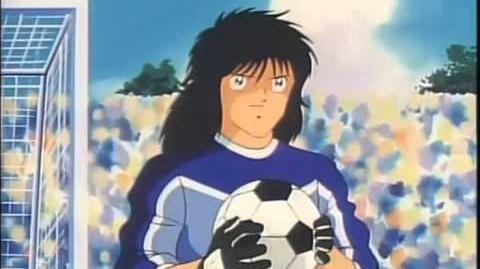 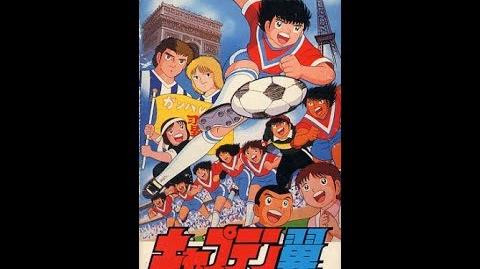