He first appeared in Golden-23 arc. He plays for Atletico Madrid. He wears the jersey #9. Along with Carlos Santana, he was the Liga top scorer after the first half of the season with 15 goals.

He is based on real life player Fernando José Torres Sanz.

In their postponed match during the Liga between Atletico Madrid and FC Barcelona, Fersio Torres, after doing an outstanding entry to the PK area and eluding Barca's brave leader, Payol, he scored against Valtes with a bullet shot, making the opening goal in the match.

However, despite Fersio's and his team's efforts, they still lost 1-2 against Barcelona. 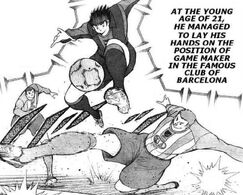 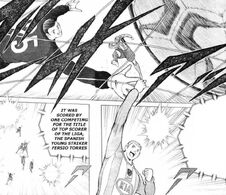