U-22
Japan J-Village
U-20 (Special)
Real Japan 7
Michel Yamada (ミシェル 山田, Michel Yamada) is a former member of Real Japan 11 and the keeper of Tokyo Verdy in the J1 League.

As a member of Real Japan 11, he was introduced as the keeper who catches the shoots like a spider imprisoning the shot courses in its "web".

In the first match against Japan Youth, he caught Nitta's Hayabusa Shot easily and completely defended the goal in the next two matches. However, in the rematch with the 7 excluded regular members of Japan, he couldn't respond to their attacks, especially Hyuga's Raiju Shot and conceded 10 goals in just 30 minutes.

In Golden-23 arc, during the J-Village selection camp, he was one of the five keepers who lost against Morisaki for a spot in the Olympic qualification team. In Rising Sun arc, he appears once more as a spectator cheering up for Morisaki in the match between Japan and Germany.

Get in the Tomorrow 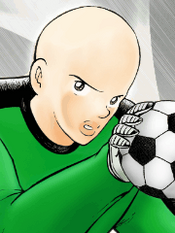 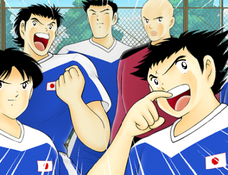 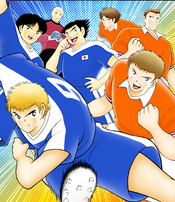 Prior to World Youth tournament
Add a photo to this gallery 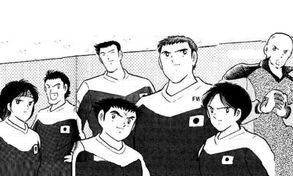 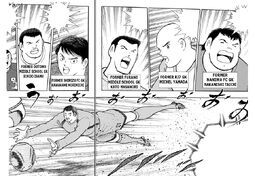 As spectator in Rising Sun
Add a photo to this gallery

Retrieved from "https://captaintsubasa.fandom.com/wiki/Michel_Yamada?oldid=69483"
Community content is available under CC-BY-SA unless otherwise noted.